Get your spy gear ready and ride to victory in Fast & Furious: Spy Racers Rise of SH1FT3R! 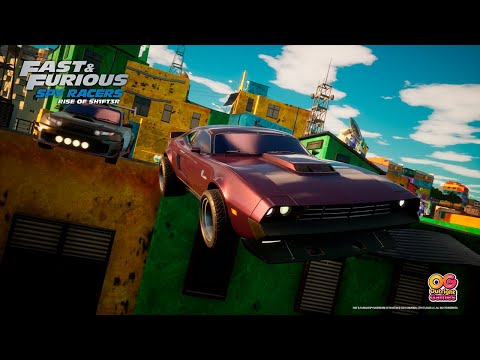 Your moment has come to join Tony Toretto as a Spy Racer in a racing tournament across the world  from LA to the Sahara Desert and beyond. Take on the role of a Spy Racer and battle against the resurgent criminal racing organization, SH1FT3R. Prove youre the best by racing across unique tracks with your gadgets and speeding through secret shortcuts. Personalize your car with unique skins and unlock new items within the game. Compete in couch co-op with a friend or play online with up to 5 other players. If youve ever wanted to be a hard-driving undercover spy, the Spy Racers want you!

The criminal racing organization SH1FT3R has returned and theyre racing for the ultimate prize  an invisible, untraceable high-tech vehicle.

Fight to the Finish Line

It takes more than speed to win this combat racing challenge. Armed with 15 spy gear weapons inspired by the Netflix original series, youll need to blast past your rivals to earn victory.

Show the whole world youre the fastest, coolest, and most talented racer!