PAW Patrol are on the double from Adventure Bay to new metropolis, Adventure City! 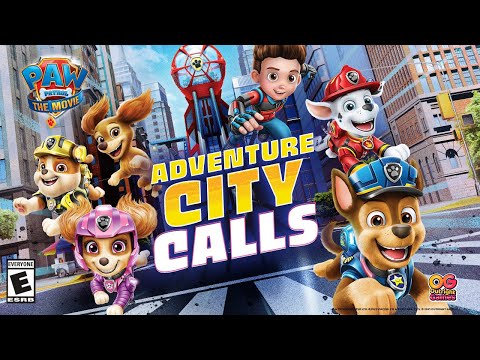 When new city girl pup, Liberty calls for help, the pups know they must go to stop Mayor Humdinger on a self-centered rampage in the big city to eliminate any dogs. Its up to the pup power of the PAW Patrol to solve rescue missions, play minigames and save the day. With their levelled up new vehicles and gadgets, no job is too big!

In this big city, even bigger heroes are needed – Place your little hero in the centre of the action while playing as their favorite pup pals from the PAW Patrol!

FROM THE BIG SCREEN

Walk the streets of the buzzing metropolis in Adventure City, from PAW Patrol The Movie

PLAY AS ALL THE PUPS

Plus, minigames including Pup Pup Boogie