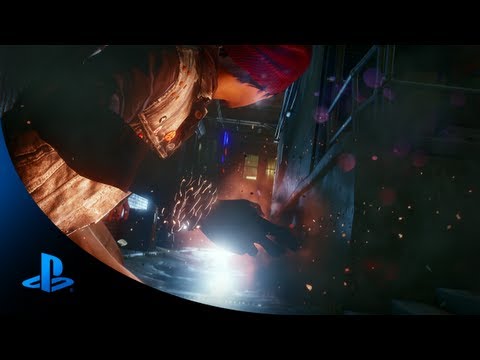 InFAMOUS: Second Son takes place seven years after the events of inFAMOUS 2. In this game you play as an entirely new character named Delsin Rowe, a conduit who becomes aware of his powers after a confrontation with an escaped inmate. When his abilities come under the attention of the Department of Unified Protection (D.U.P.) and their leader Brooke Augustine, Delsin is faced to battle them head on in the streets of Seattle. As a member of the Akomish Native-American tribe, Delsin knows there is nothing more important than your family. And thus he will do whatever necessary to protect them, even if it means becoming evil to do so.Like the previous entries in the inFAMOUS series, Second Son is a 3rd-person action game that allows the player to choose between being a good or evil character. You again play as a conduit, but this time you have access to a much greater variety of powers. Across your play through, Delsin will have the chance to obtain four different powers, the first two being Smoke and Neon. Each power allows for a different play style and changes the dynamics of the game. The Smoke power for instance is more aggressive and used for up-close combat while the Neon power is better situated for long-range, quick movement encounters. The player can unleash a powerful move called Karmic Overload once their karma power is maxed out. Each of your powers can be upgraded by collecting blast shards all around the map. Depending on whether you have good or evil karma, the player will be locked out of certain upgrades until their karma becomes the opposite. Playing through the story gives access to a number of karma decisions where you have to make a good or evil decision usually involving another character, with your choice giving you an increase in that karma. The game is open-world and allows movement across the whole city of Seattle. There are side missions to complete and collectibles to find. These side missions include spraying anti-D.U.P. images all over the city, finding and killing a secret D.U.P. agent, and searching for hidden audio files scattered around the area. The city is broken up into many D.U.P. controlled districts which can become less occupied by the enemy the more the player completes side quests. After taking the districts down to 30% controlled by the D.U.P., you gain access to a District Showdown where you face off against a tough enemy opposition and winning that battle removes the D.U.P. from the area and gives access to a fast-travel spot.