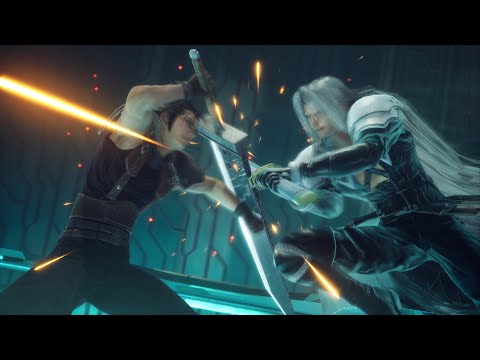 The story begins seven years before the events of FINAL FANTASY VII (1997) and follows Zack Fair, a young and ambitious Shinra SOLDIER operative. Zack is tasked with tracking down a missing SOLDIER 1st Class operative named Genesis Rhapsodos. But as his adventure unfolds, he discovers the dark secrets of Shinra’s experiments and the monsters they create. The game features a number of characters from the FINAL FANTASY VII franchise such as Cloud, Sephiroth, Aerith and others.