The fastest racing game in the universe. 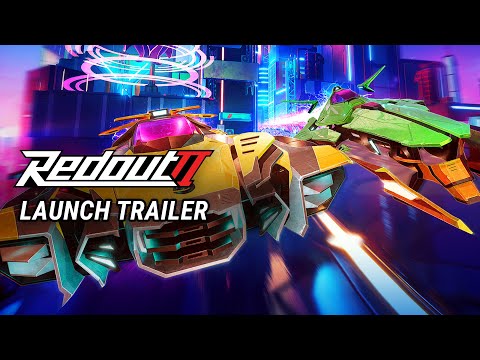 Redout 2 is a tribute to classic arcade racing games and the sequel to the critically acclaimed Redout, where racing through the dystopian wastelands of a semi-abandoned Earth is one of the galaxy’s most popular sports. Reach impossible speeds in exhilarating futuristic races across an extensive single-player campaign and competitive multiplayer. Deep control systems, robust hovership customization, and a killer soundtrack make Redout 2 the premier anti-gravity racer.

In the tradition of Anti-Gravity racing classics like Wipeout and F-Zero, experience blazing fast speeds and an intuitive driving system that makes Redout 2 a blast to pick up and play, but also rewarding for those prepared to master the super-high skill ceiling.

Fly through hundreds of events across 36 unique racetracks – all of which are reversible! From Arena Races and Time Attacks to Last Man Standing and intense Boss Races, dart past the competition and dominate the finish line.

Race against others in intense online multiplayer action. Dive into fresh challenges with regularly-added custom content, alongside seasons that include unique aesthetic rewards.